Python is a general-purpose, high-level, interpreted programming language that is considered the best of all times. Also, the language is open-source and object-oriented, which makes it the most-adopted choice among developers and programmers globally.

When it comes to Python custom development, the language lacks built-in mobile app development capabilities. However, there are packages that you can use to create competitive apps that can give you a competitive edge.

What is Python Used For?

Building custom applications using Python is popular among developers. It has transformed the app development process to a great extent and is referred to as one of the best programming languages along with Java.

Python is a profitable go-to technology that works for all industry domains. If you think about what is python used for, here is the answer. You can use Python for building:

Data Analysts use this programming language to analyse large chunks of data and retrieve meaningful information. Moreover, scientists, accountants, and other non-programming professionals also use Python for task automation, data visualizations, and other tasks. 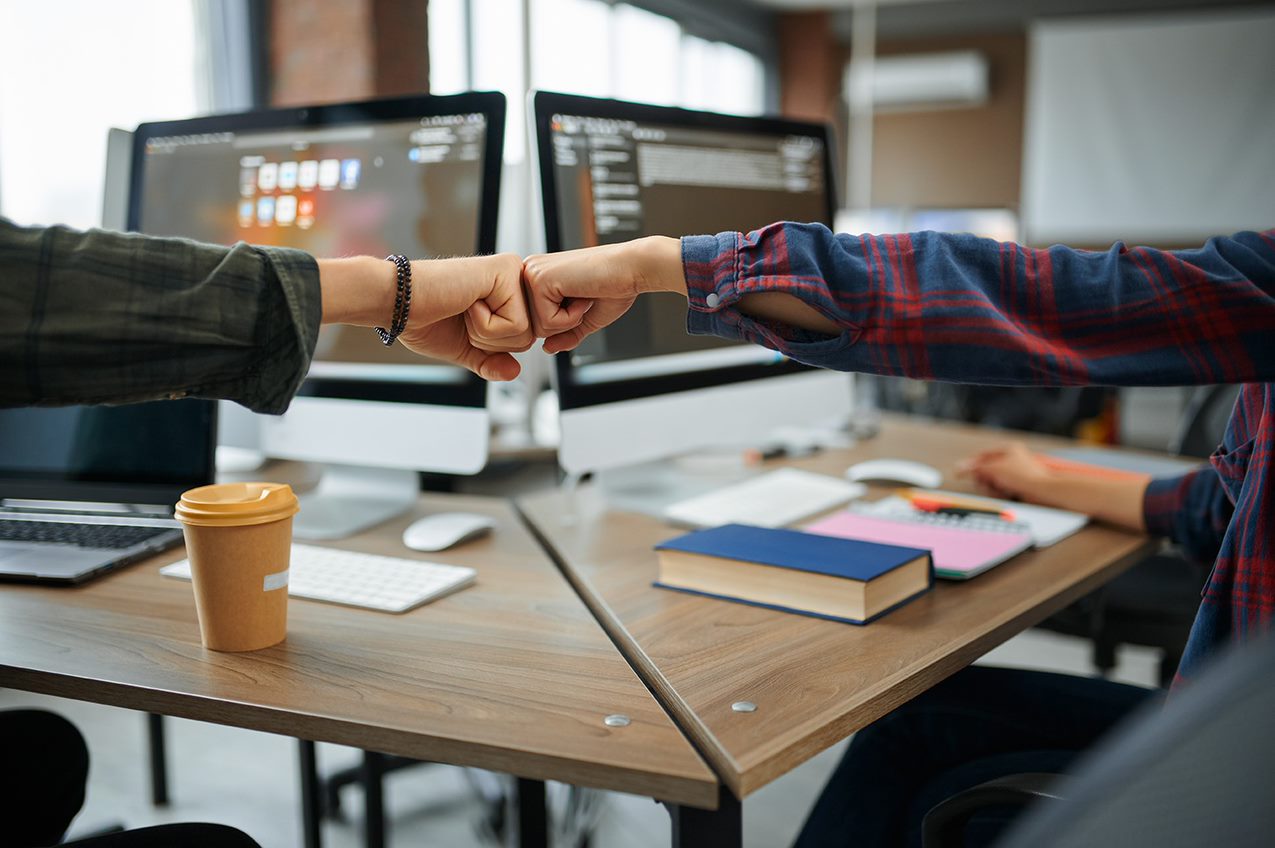 Why is Python so Popular?

Being a popular programming language, Python makes development tasks easier for programmers and non-programmers.Circumventing the compilation tasks makes Python efficient in running codes. Not only you can run and execute your codes faster, but also you can recognize errors quite simply which saves time and effort. Users often wonder why is python so popular among developers. Here we enumerate attributes that make Python a popular choice.

Python is quick as all you need to do is add programs to the interpreter and it will run directly. It doesn’t involve any compiling tasks which are usually one of the common development stages with other programming languages.

When it comes to compatibility, the first thing that comes to mind is the operating systems. Python applications can work on almost all OS platforms including Android, iOS, macOS, Windows, and Linux.

Python’s syntax is something that makes it an easy-to-understand language for beginners. The programmers do not have to write any additional codes to get the desired output. Focused on code readability, the language allows coders to use English keywords.

With a robust standard library, Python enables you to select modules from a wide range of options. With extra coding features, developers can add additional functionalities to their code at a later stage in the development process.

Wider community support is another reason behind the popularity of a programming language. Developers can become a part of the active community to get access to tutorials and help guides. Other online documents and libraries are also available for support. 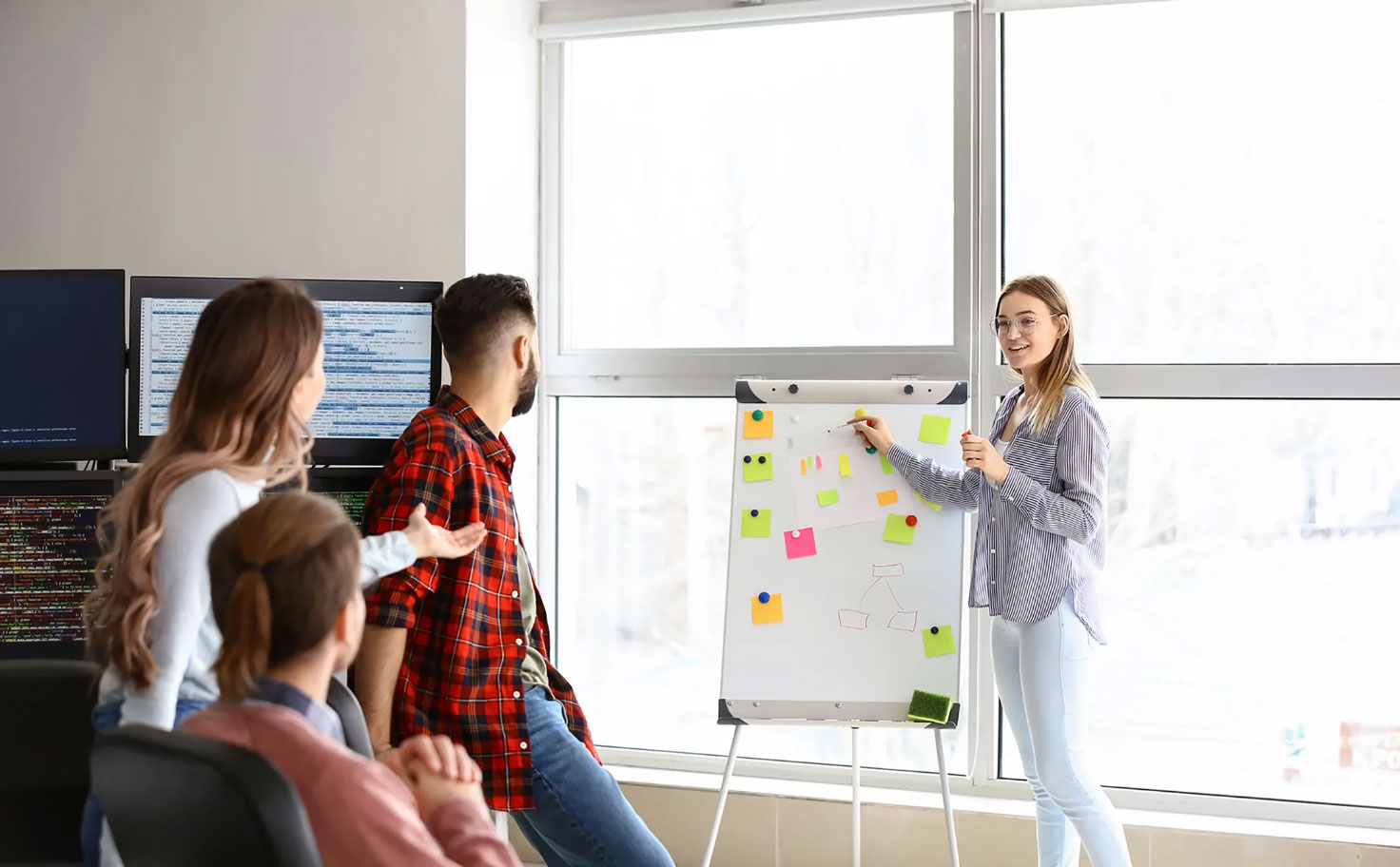 What Can You Build with Python?

With an extensive library, you can build advanced applications using Python. If you are a beginner and want to explore what can you build with Python, here are your options.

If you are an avid gamer, you must have heard about Battlefield and EVE Online, a few of the most compelling games. They are developed using Python. The rapid technological evolution allows developers a game prototype that they can test using Python in real time.

Python is a general-purpose, high-level programming language that supports practical agility. Developers across the globe use Python for building ERP solutions and e-commerce apps that simplify business operations.

Developing blockchain applications is challenging and demands expertise and a full grasp of a programming language. The availability of Python frameworks such as Flask makes it easy for developers to interact with the blockchain and create endpoints.

Python enables developers to create audio and video applications. The best example of a multimedia application that is built using Python is YouTube. Now you can imagine how incredible Python is in building innovative apps.

Machine Learning (ML) works on algorithm framework by inputting data into the system and enabling it to make intelligent decisions. Python libraries such as Scikit and Pandas make it quite simple to build machine learning applications using the programming language.

How to Use Python in Web Development?

Typically, Python is used to develop the backend of an application or a website. The backend is the part of the web development that users don’t see. In web development, Python’s role is to process data, send data to and from the servers, and communicate with databases.

As far as security is concerned, Python is also responsible for URL routing. For making development tasks simple and quick, Python offers access to several frameworks such as Flask and Django, designed especially for developers. Reading online tutorials and attending a specialized course can help you learn how to use python in web development in depth.

Is Python Good for Web Development?

Python is good for web development due to several reasons. Not only, it’s easy to code but has a lower learning curve. Some of the best reasons that make Python good for web application development are:

If you are wondering why using python for web development, here we enumerate some of the top benefits of the competitive programming language. With good readability, Python is easy to learn for beginner developers.

Python’s advanced coding capabilities to handle complex backend tasks such as data analysis, task automation, and AI-related operations makes it one of the most practical solutions for developing innovative web apps.

The process of python custom software development is extensive and interesting. Python is one of the rapidly-growing programming languages available today. To get started, you need to learn the language, frameworks, and other associated components.

Once you become familiar with the language, the next step includes configuring the tech stack. After the backend is ready, you need to build an intuitive graphical user interface. Now that the GUI is ready, test your software product by implementing the best methods including A/B testing.

If everything seems to be in place as expected, it’s time to launch your Python-built web application to end users. Don’t forget to ask for feedback and suggestion as it helps improve the app by releasing subsequent updates.

Due to the complexity of other programming languages, beginners often want to learn how to make apps with Python. Some libraries and frameworks make development tasks easier.

Here is the list of the most interactive frameworks that help developers to demystify custom python development.

Flask is perhaps one of the most popular Python frameworks developed on Jinja 2 and Werkzeug. Since Flask has integrated support for restful request dispatching, unit testing, etc. it does not require libraries and tools.

Web Development Python Example of Use

Mobile application development using Python possesses the capability to turn any app into a versatile solution with cross-platform features. Some of the great examples of Python web development include Netflix, Dropbox, Spotify, Quora, Pinterest, Uber, Google, Amazon, Lyft, Instagram, YouTube, and Facebook to name a few.

Scalo - Your Partner in Python Development

Are you looking to build a Python application that can take your business to the next level? Scalo is a software development company with years of experience in creating innovative applications. Contact us and let Scalo’s Python developers use their skills for your growth.

What is embedded software?

Top 5 IT challenges of Banking and Finance Industry